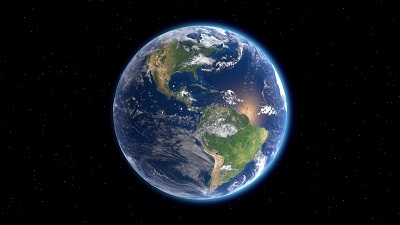 There are two ways for agriculture output to increase: yields and acres. The upward trend in yields, especially in corn and soybeans, is well known and discussed. Acreage, however, is often overlooked or misunderstood. Case in point, we have all heard the farmland mantra, “They aren’t making more of it.” This week’s post reviews global acreage expansions, both past and present.

Since 1960, the total harvested acreage of the thirteen primary crops has increased from 1.7b acres to nearly 2.4b acres[1]. Acres harvested increased by 742 million, or 45%. However, that growth was spread out over 60 years and is a small annualized average growth rate (0.62%). Perhaps most important is how and when those acres were added as the expansion is not linear or consistent.

Figure 1 shows these data. Rather than acres being consistently added over time – like the upward trend in yields – acreage expansion has been rather lumpy. After expanding during the 1970s, acreage was mostly unchanged throughout the 1980 and 1990s. A second expansion occurred from 2002 – 2014.

What is also worth noting is that global acres, once brought into production, don’t leave production. While acreage was variable and fluctuated throughout the 1980s and 1990s, there wasn’t a significant reduction. Further to that point, large-scale acreage reduction programs – such as those U.S. deployed in the 1980s – have had little effect on the global situation.

Acreage expansion is an important part of the global agriculture cycle. When profits are substantial, as was the case during the early 1970s, producers have incentives to expand production. During the 1970s, global acreage increased by 269m, or 15%. The largest share of that increase occurred in North America, accounting for 74m acres, or 28%, of the expansion. South America only added 43m acres during that expansion.

Figure 2 shows the change in harvested acres from the early 1970s to the early 1980s for most regions. Another key takeaway from that expansion is that acres increased in every region showed.

From the early 2000s to around 2015, global acreage again expanded. Fueled by strong demand and usage from China and ethanol, Global acreage increased by 275 million, or a 13% increase. Conditions were mostly stable from 2015-2019.

In recent years we’ve wondered if a new global acreage expansion is underway, and Figure 1 appears to confirm this. South American producers – especially in Brazil – were well-positioned to benefit from a weak currency and the U.S./China trade war. Figure 4 shows acreage across the five major regions. While acreage stabilized from 2014-2017, expansion restarted in South America beginning in 2018. The former Soviet Union region also resumed expansion in 2019.

Looking ahead, one has to wonder how long the current expansion might last. In the past, expansions have played out over decades and added hundreds of millions of acres. Currently, the uptick is only 30 million acres, with South America accounting for 21m of those acres. Further to that point, the current expansion’s magnitude is likely masked by the recent prevent plant condition in the U.S.

Most recently, conditions have again aligned for an acreage expansion. This will be very critical to monitor and watch in the coming years. A key consideration to keep in mind is, “How long will the current expansion last?” On the one hand, a long expansion would likely mean profitable times have prevailed. On the other hand, a substantial acreage expansion increases the risk of overexpansion in the future.

For more, read here and here, where we consider the regional and crop effects in more detail.

Sizing-Up the Uncertainties Facing Agriculture in 2021,…