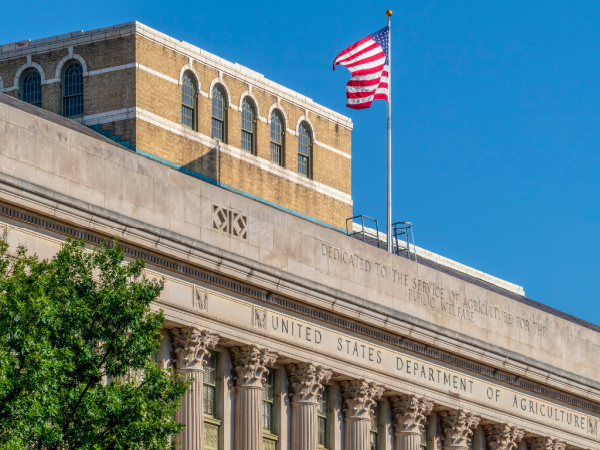 Looking Back On An Unprecedented Year

“Unprecedented” was chosen by dictionary.com as the ‘People’s Choice’ for Word of the Year for 2020. That term was used to describe nearly every aspect of our lives last year, from the weather to the election and of course, the pandemic. And with all that unprecedented-ness came new levels of uncertainty.

COVID-19 Uncertainty and the Farm Economy

In March 2020, we posed four key questions for the agriculture economy in the early days of the pandemic. Stress on the farm economy was building (despite sizable MFP payments) and commodity prices were trending lower. Already, disruption was being felt throughout the food and agriculture supply chain. Little did we know that it was actually the start of a long-term shift from commuting and restaurants to cooking at home and teleworking.

“There will be many Monday Morning Quarterbacks, but those truly interested in learning from the situation will have to consider the decisions made in the context of the information known at that time,” we wrote. Indeed, it can be difficult to keep hindsight bias in check when thinking back on the policy decisions – and outcomes – of the past year. Once we know the outcome of a situation, it’s all too easy to weave a narrative through those data points to reach the conclusion that this outcome was inevitable. But the truth is, we usually didn’t “know it all along” – it just feels that way.

One example the AEI team explored in Escaping 1980 was USDA’s Payment In Kind (PIK) program, perhaps the most infamous supply control program in modern history. USDA launched PIK in an attempt to counter market-deflating overproduction by paying farmers to take acres out of production.

You probably know the rest of this story. By 1983, stocks had fallen due to drought and commodity prices had rallied, making PIK seem like a bad idea. The program faced widespread criticism. But ultimately, a case can be made that PIK was a well-intentioned effort that was sidelined by problems that could not be foreseen.

A quote we have mentioned before – attributed to Mark Twain – comes to mind yet again when thinking about the similar situation that unfolded in 2020: “history doesn’t repeat itself, but it often rhymes.”

The Farm Economy and Government Payments, Then and Now

Early in the pandemic, the farm economy looked bleak.

Restaurant and school foodservice demand collapsed overnight. Milk with nowhere to go was dumped. Processing plants temporarily shut down. And this crisis came after years of down commodity prices, a trade war, and weather disasters.

But my, how things changed, and so quickly.

China’s late-year surge in exports shrank ending stocks. Prices rallied. Corn yields were below trend. All told, net farm income in 2020 was expected to be the second-highest of all time, despite farm cash receipts being down significantly. USDA projected that farmers won’t see another year as profitable as 2020 for at least a decade.

And of course, a major driver of that improvement was the $46.3 billion in government assistance during 2020 that effectively propped up the farm economy.

It would be easy, now, to look back and question whether CFAP 2.0 payments were necessary given those rallies and the late surge in exports driving down stocks. But the decision to launch those programs was made with the information that was available at the time.

To be clear, that does not mean that analysis or questions about the long-term influence of these short-term programs, or about what unprecedented levels of government assistance will mean for the future of farm policy, are not warranted. The scenario that unfolded will likely stay with us for a long time as we think about the role and effect of ad hoc policies.

But the reality is, we did not know then what we know now. It was impossible to know how trade dynamics would change and prices would soar.

By a similar token, if you decided to market corn this summer, you could drive yourself crazy second-guessing that decision given the price rally later in the year. But how could you have known this would happen? You couldn’t.

Another way to think about it:

“Successful people understand risk for what it is and don’t make revisions in hindsight. Go with the odds, not the gods.”

When reflecting on a decision, take a moment to “go back in time.” Consider the information that was available to you in that moment. What uncertainties did you face?

Despite how it may feel, remember that there were many more outcomes possible than the one you ultimately made and the implications you observed. And that was certainly true in the case of CFAP 2.0 and the ups and downs of the agriculture economy last year.

It is important to keep in mind that hindsight – and hindsight bias – is not always 2020.

For those interested in learning more about strategies to counter hindsight bias, a recent AEI Premium article (here) provides a deep dive.