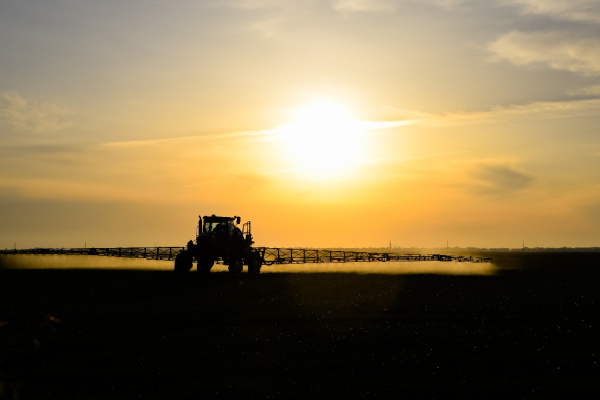 The following is a condensed version of AEI Premium content. The longer version of this post can be found here. Not a subscriber yet? Get started with a free trial.

You don’t have to look very hard to find headlines, articles, and social media exchanges about higher fertilizer prices. After contracting sharply last fall, prices have sharply rebounded. This week’s post breaks down the latest data and key considerations.

The USDA’s AMS regularly reports farm-level fertilizer prices in Illinois. Figure 1 shows how much average reported prices have changed since last spring (April – May 2020) and last fall (September – October 2020). Across the board, all fertilizer prices are higher in 2021, but the range is quite broad.

While nitrogen often gets the most attention, phosphorus prices are up the most. For example, DAP prices are 57% higher than last spring. (Spoiler alert: phosphorous prices are key).

For nitrogen, the degree of sticker-shock depends on the product and time frame considered. For example, anhydrous ammonia and urea are up 37% from the fall, but considerably smaller increases (+17% for anhydrous ammonia and +25% for urea) over spring 2020. Furthermore, prices for liquid nitrogen are only up 9% over last year.

Figure 2 shows prices of anhydrous ammonia, DAP, and potash since 2010. This chart is helpful as it provides historical context. First, fertilizer prices were at, or near, 10-year lows last summer and fall. This is to say the jump in prices has occurred from an overall low-price environment.

Second, prices are, for the most part, well below the highs observed during the 2011 – 2014 time period. For example: Anhydrous ammonia prices are approaching $600 per ton, which is up from $400 just months ago, but well below the $800+ highs.

The exception is DAP prices, which are currently more than $630 per ton and among the highest observed in the last ten years. Furthermore, DAP prices are closing in on the 10-year high of $710 per ton (hit back in December 2011).

While prices are higher, the relative price of alternatives is still important to consider. Figure 3 shows the price ratio for a unit of nitrogen from urea relative to anhydrous ammonia.

On average, that unit of nitrogen from urea is 1.24 the price of anhydrous ammonia. Over the last two years, the relative price for urea has been above the long-run average and is currently near 1.50. In other words, urea prices, relative to anhydrous ammonia, are historically high.

This all points to a situation where producers should carefully consider the price of alternative sources if local supply and management practices allow. In some cases, producers might find advantages for using less urea and more liquid 28% in 2021.

Producers generally think about fertilizer expense on a per-acre basis. Figure 5 shows the estimated corn fertilizer expense for a 180-70-70 blend using spring prices for 2010-2020. The expense using fall 2020 and March 2021 prices is noted in orange.

What is Driving Fertilizer Prices Higher?

One final point to note: Overall, fertilizer expense is up $29 per acre more than last spring, or 30% higher. While nitrogen seems to get more of the attention, phosphorus fertilizers account for a majority of the higher expense. Based on this example, higher DAP prices accounted for nearly $18 of the $29 increase (or, 61%). Anhydrous ammonia accounted for only $8 (or, 28%).

Wrapping it Up – Prices Are Up, But Here’s Some Context

The upturn in fertilizer prices has been dramatic. Further complicating the situation has been the whiplash of prices dramatically falling a year ago. The combination makes it hard to summarize or size-up the situation. It’s equally true to say anhydrous ammonia prices are up “17% from last spring” and “37% from the fall.” However, these statements are difficult to reconcile and have different degrees of influence on our thinking.

While fertilizer prices are higher, it’s important to remember the context. Prices are up from historic lows and, for the most part, remain well below the levels of 2011-2014. The exception, however, is phosphorus fertilizer. In many ways, phosphorus is the biggest chapter of the 2021 fertilizer story.

Finally, the story of 2021 also depends on the products and timing used. For example, producers that priced their fertilizer last fall will likely have some of the lowest expenses of the last 10 years. However, a producer pricing their fertilizer today and reliant on urea will have significantly higher expenses.