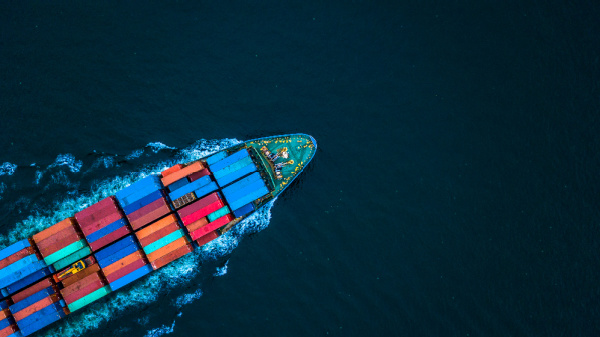 Agricultural trade with China had a wild year in 2020.

While the signing of the “Phase 1” deal provided much enthusiasm, activity was downright disappointing throughout the summer. Conditions were a little dicey as late as June 2020, when a White House official said the trade pact was “over,” comments that were later clarified or walked back.

Despite the sluggish start, China’s purchases of U.S. ag products were kicked into high gear by the fall and finished the year strongly. This week’s post reviews 2020 U.S.-China ag trade activity and the early outlook for 2021.

Figure 1 shows China’s purchases of U.S. agricultural and related products. This dataset is a comprehensive trade measure and extends beyond bulk commodities to include meat, biofuels, and forest products. To be clear, this measure is not intended to measure progress toward the “Phase 1” trade deal but provides a long data set to consider the trends in China’s purchases.

Measuring trade activity in dollars has advantages and shortcomings. On the one hand, dollar measures are the best way to aggregate bushels of corn and soybean with tons of beef. On the other hand, it’s hard to untangle the changes in commodity prices and commodities. For example, some of the decline from 2014 to 2015 was attributed to lower commodity prices. Similarly, a portion of the increase from 2017 to 2020 is due to the 2020 upturn in commodity prices.

Bushels of Corn and Soybeans – Is It A New Trend?

Figures 2 and 3 show China’s purchase of U.S. corn and soybeans in bushels. These data are reported on a calendar year basis. In 2020, China purchased 1.27 billion bushels of soybeans. On a dollar basis, soybeans were 49% of China’s total purchases in 2020.

Perhaps the biggest surprise with China’s purchases in 2020 has been corn. Between 2010 and 2013, China made large purchases of U.S. corn, peaking in 2012 at 171 million bushels. In 2020, however, the gloves came off as China purchased a record 272 million bushels. A significant unknown looking ahead is where China’s corn purchases go from here. Is this a hit-and-run purchase or the start of a longer trend?

For those wondering – in January and February 2021, China purchased 87 million bushels of corn, which prior to 2020 would have indicated a stand-out year.

As mentioned earlier, China’s 2021 ag purchases are off to a solid start (Figure 4). Looking at the cumulative monthly purchases, China purchased a total of $6.1 billion through February 2021. This is the second-fastest purchase pace, only upstaged by $6.6 billion in the first two months of 2014. For additional context, China’s cumulative monthly purchases totaled less than $6.1 billion through May 2020.

While a solid and optimistic start, Figure 4 also notes the seasonality of China’s purchases. This is especially the case with soybeans. Historically, China purchases about 30% of its annual soybeans in the first quarter of the calendar year. Another 37% is purchased during the final quarter. During the summer months, soybean purchases are, on average, minimal. This is a reminder that China’s soybean purchases are about to enter their quiet period and activity will likely resume in September.

Back when the “Phase 1” trade deal was just a rumor, we initiated an Ag Forecast Network (AFN) question in early 2020 about the prospects of China’s purchases of U.S. ag and related products (Figure 1) exceeding $35 billion. Our rationale: The level of trade activity represented in that data would represent a significant increase in China’s purchases. In the end, China’s activity fell short of the $35 billion threshold.

“What is the probability of U.S. exports of agricultural and related products to China exceeding $35 billion (per USDA-FAS/GATS Database) in 2021?”

Why is it important to frame our thinking in this manner? The steady stream of breaking news about China’s purchase activity makes it nearly impossible to keep up with the context.

We invite you to join other producers, marketing experts, ag professions, ag lenders, and more to follow this question over at AEI Premium. Challenge your thinking, update your expectations, and benchmark your expectations against yourself and others, over time.

Bottom line: You win some, you lose some, but the important thing is to keep learning.

Overall, China’s purchases have turned higher, especially in the last six months. While a welcome improvement, the reality is that China’s purchases remain a long way from breaking records. In most cases, activity has returned to pre-trade war levels. The one exception appears to be with corn. A significant question for 2021 is how long and significant China’s purchases of U.S. corn might continue. Is this a short-term blip or a larger trend?

For 2021, the first two months of activity are optimistic. China’s purchases are strong, and the question that will linger is just how strong will those purchases be? Will the 2013 record of $29 billion be eclipsed? Can China significantly increase its purchases to, say, $35 billion or more?

Only time will tell.

Five Macroeconomic Factors to Monitor in 2021