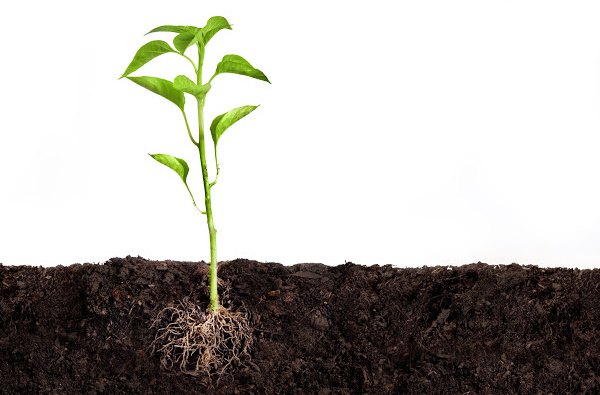 Carbon has suddenly become a popular discussion topic in agricultural circles. Spurred on by the changing political winds in Washington, speculation has grown that meaningful revenue streams might be created around carbon. At the risk of jumping on a bandwagon, this post lays out four principles we believe are likely to drive people’s willingness to pay for activities that sequester carbon.

There are several different approaches that could be used to reduce greenhouse gas (GHG) emissions.

Two common approaches would be a carbon tax or a cap-and-trade system. We won’t go into the details and nuances of those programs here. But, there are several tools in the toolbox. We’re also seeing a rush of private companies announcing new climate-friendly practices, usually with a pledge to achieve net-zero greenhouse gas emissions at some point in the future.

Under either the government regulatory or industry-led systems, the key idea is that GHG emissions are reduced either by 1) the original emitter cutting back, 2) the original emitter paying someone else to reduce emissions for them, or 3) a combination of both. For example, if you want to take a flight, but don’t like the idea that burning jet fuel creates GHG emissions, you pay someone else to reduce emissions for you. It is here that many people in agriculture are getting excited.

A variety of agricultural practices might qualify to provide offsets to either system. These include practices such as destroying the methane normally emitted by livestock manure storage, using no-till to increase the carbon flux in soils, forest management practices designed to increase carbon flux in existing forests, and establishing new forests and/or potentially grasslands.

What Makes a Good Offset?

Remember – to truly result in GHG emission reductions, the activities that produce the offsets should actually result in fewer GHG emissions over the long run. In other words, offsets should meet some standards of quality, and this is where things get sticky. To illustrate, let’s place ourselves on the side of the transaction that is buying the offsets. What would we want to purchase? Surely, we would want something that actually resulted in fewer GHG emissions.

Most people would agree that to do so any emission reductions purchased should be 1) additional, 2) permanent, 3) verifiable, and 4) without leakage. Let’s take a look at each of these in turn.

We will start with the one that gets most people in agriculture tripped up. “Additionality” means that the offset is created for something that wouldn’t be done otherwise. In other words, you shouldn’t get offsets for doing something that is already established as an industry-standard practice.

You may have heard something along the lines of, “We don’t want you to change your practices, we just want to pay you for what you are already doing.” This always makes us scratch our heads. Who would pay for such a thing?

The principle of “permanence” means that once created, the offset can’t easily be undone. If you are buying the credit, you wouldn’t want the person that sold it to you to be able to go out and undo the activity they were paid for.

For example, when methane from livestock waste is combusted, the offset is permanent. It can’t be undone. The methane (with a global warming potential of 21x that of carbon) was permanently converted to carbon dioxide.

“Verifiable” means that the offset can be measured or tracked. In other words, you wouldn’t want to pay for an offset that can’t be verified to have taken place. Think of it this way: if someone asks, one should be able to demonstrate that the offset actually exists.

The concept of “leakage” is more complicated and difficult to understand. Here, the idea is that you don’t want to pay someone to do something that essentially is going to be done by someone else.

For instance, if you stop cutting down trees for lumber, will someone in another part of the world simply start cutting down their forest? If so, the offset you just purchased isn’t very valuable as it just incentivized someone else to create the kind of emission you were reducing.

What Do These Climate Principles Mean for Agriculture?

As we think about these principles, some of the ideas that are frequently thought of as having great potential in agriculture become somewhat problematic.

Take no-till for instance. If you were buying offsets, would you really want to pay someone for no-till? It would score poorly on most of the criteria above. It is hard to argue that it is additional since a large proportion of the acres farmed in the U.S. are already farmed using this practice. It also scores poorly on the concept of permanence. Any carbon that might be stored in the soil could easily be released in an afternoon of tillage. It is perhaps a bit better with regard to verifiability as one can observe whether the practice has been followed, however, if one tries to measure the soil carbon the issue is less clear. Soil carbon is notoriously difficult to measure and monitor.

To be clear, we aren’t trying to say no-till – or other practices – aren’t good for the environment. Instead, we are simply pointing out that particular practices might not make for a high-quality offset. The above principles serve as a scorecard for evaluating the quality of the offset as it pertains to the offset market, not the environmental benefits that may be achieved.

Wrapping it Up – Farm Policy’s Role in GHG Reduction

While some agricultural practices may not produce the “highest quality” offsets, they may be desirable practices, nonetheless. In other words, even if you can’t measure the net carbon stored by adopting no-till, it might still be something we as a society might want to incentivize. This is where the government may get involved. We think it quite possible that farm policy could (note we didn’t say should — that’s a question for society) be reoriented toward encouraging practices believed to be good for the environment and potentially reducing GHG emissions.

At this point, it’s unclear how much money might be in store for environmentally-friendly farming practices. That said, there are two places to watch. First is the carbon market, which will balance consumers’ willingness to pay. Second, another realistic path toward meaningful carbon revenue to the broad agricultural marketplace would come through the adoption of USDA policies that incentivize activities seen as complementary to reducing carbon emissions. These could include tillage practices, fertilization practices, and converting cropland to grasslands. Here, the implications for agriculture could be more significant.

While there are reasons to be financially optimistic about these programs, there are also reasons to approach them conservatively. At present, little is known for sure, but we will be monitoring the situation moving forward.

A version of this article appeared on AEI Premium in April 2021. Get early access to insights like this by joining AEI Premium. You can also challenge your thinking with the Ag Forecast Network (AFN) tool. Start your risk-free trial here.