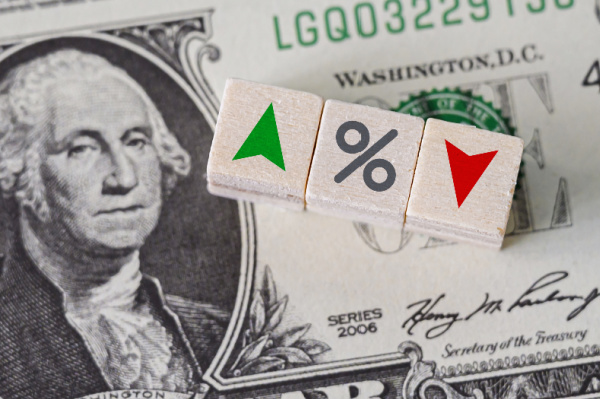 Since 1977, the Kansas City Federal Reserve has published data on non-real estate farm loans. Figure 1 shows the data on an annual basis. Since interest rates peaked in the early 1980s, agriculture has benefited from decades of declining rates. Since 2009, farm-level rates have been mostly below 5%, only briefly jumping to 5.1% in 2019.

The most obvious implication of lower interest rates is a reduction in the cost to borrow money. The combination of career-low interest rates with longer-repayment terms pushed the annual cost to service $1,000 of debt to career lows in 2020 (which we previously discussed, along with the Debt Service Index, in this AEI Premium article).

A third way low interest rates affect the farm sector is a low hurdle rate for investments. For a given investment – from draining to irrigation or precision ag – and the expected returns, lower interest rates reduce the hurdle of expectation for producers. For example, if an investment generates a 10% return before financing expenses, that investment is much more attractive at 4% interest rates versus 8%, which was observed as recently as 2006-2008. In other words, low interest rate environments might encourage some farmers to pursue investments that would otherwise seem insufficient or not worth it.

Wrapping it Up – Outlook for Interest Rates in 2021

While the farm economy has benefited from “career-low interest rates” for nearly a decade, new lows were again reached in 2020. This came because of 1) stimulus efforts by the Fed and 2) an improved outlook for the farm economy. In other words, the cost for farmers to borrow money got cheaper due to the combination of the Fed’s actions and improved profitability and, in turn, creditworthiness.

The overall interest rate climate has been favorable over the last decade, but it’s not hard to imagine an environment where interest rates in the future are higher than current levels. While most think of the 1980s when they consider a “higher interest rate environment,” we don’t have to look back that far as rates were considerably higher in 2019 (5.1%) or even 2000 (9.8%).

For those interested in reading more, we invite you to review recent AEI Premium content and Ag Forecast Network (AFN) questions considering the prospect of higher interest rates, inflation in the U.S. economy, and farmland values.

Get early access to insights like this by joining AEI Premium. You can also challenge your thinking with the Ag Forecast Network (AFN) tool. Start your risk-free trial here.

How Good? Reviewing the Farm Economy in…