What Did the Cicadas Miss? A Look Back at How Agriculture Has Changed Since 2004 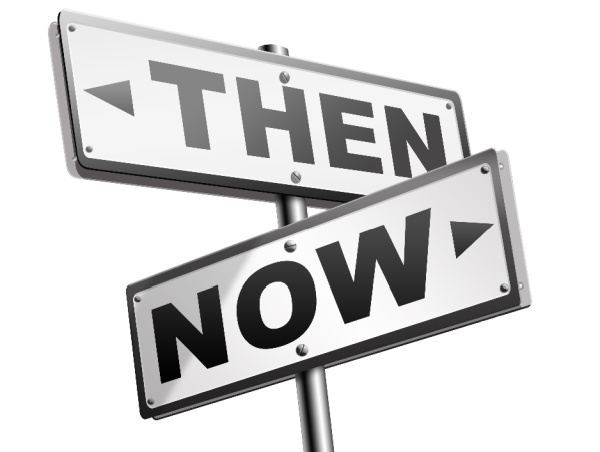 By: Brent Gloy and David Widmar

This summer, the 17-year brood of cicadas dramatically emerged and, at least in some parts of the country, created a lot of buzz. (Pun intended.)

A lot has happened since 2004’s cicada brood were last above ground. After all, 2004 was the year that Napoleon Dynamite became a surprise hit, Ken Jennings went on an epic 74 game run on Jeopardy!, and Mark Zuckerberg launched Facebook from his Harvard dorm room. We got to thinking about all the changes that have (or haven’t) occurred since then. This week’s post is a look at some of the biggest observations for agriculture.

Second, since we’ve only had fourteen crop seasons since 2004, our thinking about the range of possible outcomes can be skewed by recent observations. After 2004, fears of another 160-bushel crop likely loomed. On the other hand, a 2004-like outcome (+18.1 bushels above trend, or 196 bushels per acres in 2021 terms) is probably understated in most recent years.

While the Renewable Fuels Standard (RFS) wouldn’t come into existence until the Energy Policy Act of 2005, ethanol chatter was already in full swing, especially given the bin-busting corn yields. The May 2004 WASDE report was, from what we can tell, the first-year corn used for ethanol was given its own line-item in the report.

It was a different era; the market year average MYA prices in 2004 were:

If the commodity prices leave you scratching your head, consider how much costs of production have changed. From the Purdue University Crop Budgets, the rotation corn budgets for average quality land included the following costs:

The cicadas might even notice that the cropping mix around them has changed. There’s lots more corn and soybeans, and less wheat today. In 2004, planted acreages were:

In the case of policy, the old adage the more things change, the more they stay the same seems to apply. In terms of not changing much, direct payments to farmers soared in the late 1990s and early 2000s, frequently in excess of $20 billion (2021 dollars), and occasionally more than $30 billion.

While 2020 broke the records, 2004 was a point when policymakers were wrestling with large payments and the potential implications with respect to trade agreements. What’s changed the most are the names and design of most programs. Of the $17.7 billion in direct payments made in 2004, $7.1 billion were fixed direct payments, and $3.9 billion were loan deficiency payments (LDP).

Interest rates have kept on falling. In the early 2000s, interest rates were at decade lows. In 2004, the average farm interest rates for a non-real estate loan were 5.4%, the lowest since data collection started in 1977. Of course, the irony is that headlines of “career low interest rates” are still applicable today, it’s just that rates are even lower, 3.7%.

Yield monitors, soil sampling with GPS, field mapping with GIS, satellite imagery, and variable rate fertilizer and seeding were all precision technologies considered in a 2004 Purdue survey on precision ag. In the last seventeen years, there has been more adoption, new precision technologies and services, a whole lot of new start-ups, services, and offerings have come to the forefront.

Outside of agriculture, the cicadas are probably wondering why everyone is staring down at something in their hands. Facebook was founded in 2004, but it wasn’t until 2006 when Twitter was launched. Perhaps more surprising is that it wasn’t until 2007 that the first iPhone was sold. If you were reading email or articles like this on a handheld device in 2004, it was probably on a BlackBerry that used a rolling ball to navigate the screen.

Wrapping it Up – Considering Disruptive Changes and the Future

Over long periods of time, changes can unfold in two ways. First are the (usually) slow rates of change that play out over decades. Trend yields are the best example of this. For any given year, the upward trajectory is likely too small to change management decisions and factors, especially given how variable yields can be from year to year. However, over seventeen years, even unthinkably large yields eventually become trend-level or even well-below trend.

The second way change can occur is through more abrupt disruptions. Brent often reminds us about this over a ten-year planning horizon. If someone asked you what the world will look like 10 years from now, you could project many things from current trends and be mostly right. You’d miss a few big events but be mostly on point. However, for time frames of more than ten years, all bets are off as enough disruptive events can start to dominate the trends and trajectories.

Social media, mobile devices, two unprecedented global recessions, a global pandemic, and more widespread adoption of electric vehicles are all things few people could have anticipated in 2004, but which have greatly affected our daily lives in 2021. Of course, there is a bit of survivorship bias at play with these disruptions – we often only remember the ones that positively affected us while forgetting the long list of ideas, technologies, and businesses that fell short of grand promises to be disruptive.

Beyond the entertainment value of thinking about life and agriculture seventeen years ago, this exercise is only valuable if we consider the future. Many reading this will have a career that lasts more than another seventeen years, meaning a lot of changes will likely take place.

In the long run, underestimating slow yet persistent rates of change and assuming zero or negligible disruptions is a recipe for disaster. In the short run, it can be difficult to sort out how many, how quickly, and how disruptive some changes might be.

A version of this article appeared on AEI Premium in July 2021. Get early access to insights like this by joining AEI Premium and challenge your thinking with the Ag Forecast Network (AFN) tool. Start your risk-free trial here.

How Good? Reviewing the Farm Economy in…

Bread and Butter: A Look Back at…