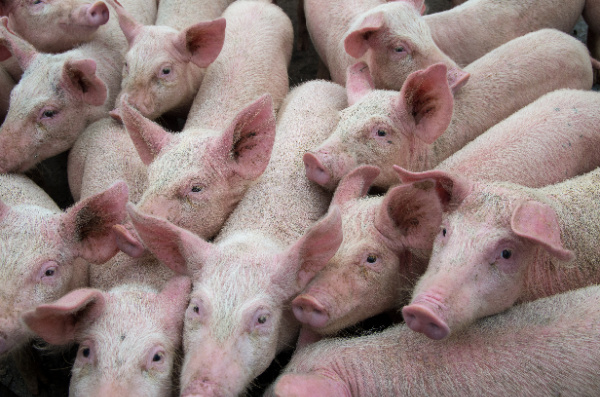 One of the biggest trade stories out of China has been its recent record-setting pork imports. The primary driver for the uptick in activity comes as no surprise: African Swine Fever (ASF). After the first case was confirmed in August 2018, China’s domestic pork production has been severely affected in the months and years that have followed.

This week’s post steps back and sizes up China’s pork buying spree.

After decades of trending higher, China’s production and consumption of pork peaked in 2014, correlating with an uptick in beef consumption. From 2014 to 2018, the data were mostly unchanged.

While the gaps between annual production and consumption have clearly been evident since 2019, data also reveal that China’s domestic pork production has lagged consumption for several years. Meaning: China has relied more heavily on trade.

Before 2008, China was a net exporter of pork. In fact, pork exports were nearly ten-times larger than imports in 2005.

Figure 3 shows how significant China’s purchases have been on a global scale. First, the chart shows, in blue, the total amount of pork globally traded. Between 2016 and 2018, roughly 8 million metric tons were traded. In 2021, the global pork trade is expected to reach nearly 12 million metric tons. This is roughly a 50% increase in just a few years.

Wrapping it Up – What is the Future of China’s Pork Imports?

While there has been much excitement about China’s pork imports and, in turn, increased U.S. pork exports, the situation includes reasons to use some caution.

First, China’s purchases are in response to a significant and massive supply shock. All signs point to China’s rebuilding of pork production capacity, and the current estimates show some rebuilding is underway already. It remains an open question as to how quickly and significantly pork production recovers, but that recovery would result in less demand for imports in the future.

Second, China’s pork consumption trends aren’t what they used to be. Have a combination of consumer preference and demographics resulted in peak pork consumption? It’s probably too soon to tell, but the trajectories aren’t simply “upward,” as they were just 7 or 8 years ago.

In conclusion, it’s easy to get caught up in the excitement around demand from China. While there is a long-run demand story from China (read more: here and here), that doesn’t mean every situation from China is demand-driven.

Interested in more? Recent AEI Premium articles have dug even deeper into China and pork. We’ve also published a two-part series on China and corn.

Get early access to insights like this by joining AEI Premium and challenge your thinking with the Ag Forecast Network (AFN) tool. Start your risk-free trial here.

Bread and Butter: A Look Back at…

On Pace for a Record? Reviewing China’s…