On Pace for a Record? Reviewing China’s Agriculture Purchases in 2021 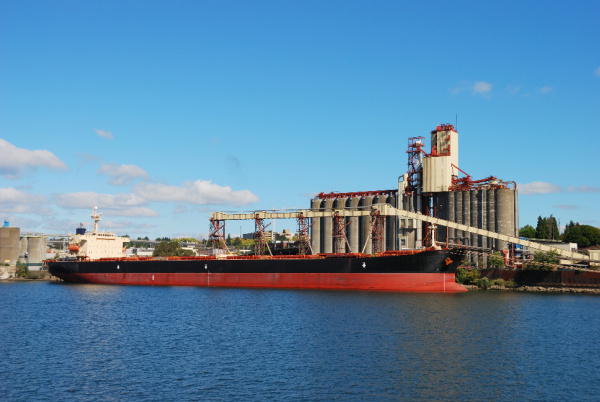 China’s pace of purchases continues to be faster than anything seen in recent years – and it’s not just soybeans. Over the last nine months, the United States set an all-time record for agricultural exports to China.

Last year, China got off to a sluggish start before kicking its purchases into high gear in the fall. That trend carried over into 2021. The most recent data, from June 2021, shows that the buying streak has continued. An additional $2 billion in purchases were made, bringing year-to-date activity to $15.2 billion (Figure 1).

Through June, China’s pace has been considerably faster than anything observed since 2016. During the Trade War, China’s total annual purchases were $13.2 billion (2018) and $16.3 billion (2019). Now, China’s agriculture purchases are the category that’s closest to meeting the targets outlined in the “Phase One” agreement.

What Is Driving China’s Purchases?

To consider where the increase of activity occurred, we compared activity during the first six months of 2021 to the same period in 2020. This method is admittedly less than ideal, especially given the seasonality of purchases and the “Phase One” agreement being signed in early 2020, but it is a helpful way of sizing up the changes.

Across these two time frames, trade with China was 52% higher, or nearly $8 billion, in 2021. Of that increase, nearly 84% of the increased activity came from bulk commodities export. It should be noted that this increase is affected by both the quantity and price of commodities, meaning the higher prices during 2021 are certainly a contributing factor.

Soybean purchases are higher this year than 2020 levels but are not at an all-time high (Figure 2). Corn is a different story. Through June, China purchased $3.3 billion in U.S. corn, compared to $3.6 billion in soybean purchases. While largely a function of seasonality, we shouldn’t minimize the scale of China’s corn purchases. China’s appetite for corn is in uncharted waters amid tight global supplies.

Meanwhile, exports of some commodities (such as pork) have decreased. Other commodities have experienced seemingly huge boosts that represent a relatively small change in the grand scheme of things. For example, China’s purchases of beef for the first six months of 2021 were nearly 12 times larger than the same time frame in 2020. However, beef still accounts for a small share of the overall increased activity.

Questions About The Pace

Though June, China’s purchases of U.S. ag products were on pace to hit $33.7 billion in 2021, slightly higher than the estimated pace in May. While the calendar year is half-over, the seasonality of purchases, mainly soybeans, means greater than 50% of trade activity remains. For example, the three months of October through December historically account for 57% of annual soybean purchases.

Of course, many factors could affect the future of China’s purchases. One major issue has been China’s need to rebuild its hog herds, which were devastated by African Swine Fever. Some estimate that China’s hog population is now at 90% of previous levels, driving demand for soybeans and corn for feed. But China has also made greater self-sufficiency a priority to reduce its reliance on imports in the future.

Right now, analysts are saying it’s like the trade war never happened. Trade has been an area of stability amid rising tensions between the U.S. and China on myriad other issues. But China’s purchasing targets expire at the end of the year and the Biden administration hasn’t indicated what its next steps on China trade will be.

With this uncertainty as a backdrop, AEI Premium members are currently considering this question: What is the probability that U.S. exports of agricultural and related products to China exceed $35 billion in 2021? Click here to learn more and make your forecast.

Just one year ago, headlines would have read, “China’s purchases of ag products are lackluster.” But conditions change fast. Now, we are attempting to explain how purchases have increased so dramatically. But how long will this last? And what will the long-term effect on the global markets be?

A version of this article appeared on AEI Premium. Get early access to insights like this by joining AEI Premium. You can also challenge your thinking with the Ag Forecast Network (AFN) tool. Start your risk-free trial here.