How Does Wildfire Affect U.S. Agriculture? 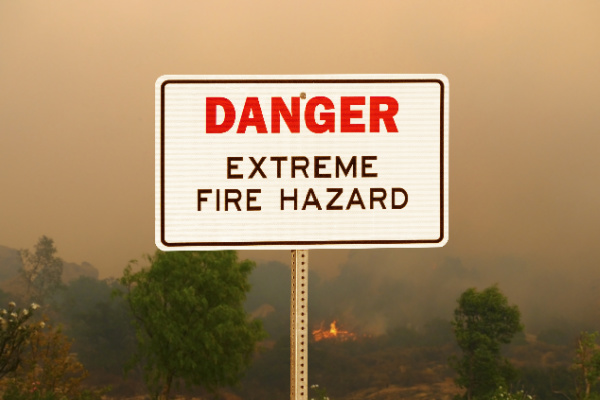 Wildfire is now a fact of life in the West. If it feels like wildfire season has gotten longer, you’re not wrong. What was once a four-month fire season now lasts six to eight months. And wildfires are getting increasingly hot and hard to manage.

This year has been no exception. By August 3, 98.5% of the land in Western states was experiencing drought conditions, escalating the threat of wildfire. Between January 1 and August 16, 2021, there were a staggering 40,474 wildfires (compared with 35,878 during the same time period one year ago). These fires burned about 4 million acres, according to the National Interagency Fire Center. This comes on the heels of 2020, the most active wildfire year, ever.

National data indicates that the number of annual wildfires varies but has actually decreased slightly over the last 30 years (Figure 1) while the number of acres affected annually has generally increased (Figure 2). In 2020, 70% of the nationwide acreage burned by wildfires was on federal lands. The other 30% of the acreage burned was on state, local, or privately owned lands.

And where there’s fire… there’s smoke. An increasing number of people, animals, and crops are being exposed to prolonged wildfire smoke. We’re still learning what the short- and long-term effects of wildfire smoke will be.

Wildfire smoke is a complex mixture of gases and fine particles that come from wood, grass, plastics, and other building materials that a fire burns through. It can result in a poisonous combination of chemicals including carbon monoxide, carbon dioxide, and other respiratory irritants and carcinogens.

The darker the purple, the more days of unhealthy air quality in a county. Source, based on EPA data.

Analysis by NPR found that during 2020 nearly 50 million people in California, Oregon, and Washington lived in counties that experienced at least one day of “unhealthy” or worse air quality during wildfire season. That’s 1 in 7 Americans. Wildfire smoke accounts for up to half of all small particle air pollution in the West. Exposure to wildfire smoke may have contributed to thousands of COVID-19 cases and deaths.

Farmworkers and other outdoor workers are especially at risk. During harvest, farmworkers deal with continued exposure to extremely hot temperatures and wildfire smoke, which can result in heat-related illness or respiratory conditions. A recent study from the University of Washington and Stanford University estimated that U.S. farmworkers will see the number of unsafe hot workdays double by 2050.

We know what smoke does to human lungs, so it should come as no surprise that livestock experience similar effects, as well. But the effects still aren’t well understood. Anecdotally, dairy farmers report smoky conditions reducing dairy cows’ milk production and increasing the risk of disease. Ranchers have noted higher rates of respiratory disease in their cattle during smoky summers. A research project at the University of Idaho is further investigating the links between wildfire smoke exposure and cattle health.

The negative effect that wildfire smoke has on wine grapes is well documented. In wine grapes, smoke damage leaves a burnt, ashy, medicinal taste in the resulting wine due to the phenols that are released. The tricky part is that this smoke odor is undetected until after the wine is harvested and fermented. The California wine industry estimated a loss of $601 million from wine grapes that went unharvested last year.

For other crops, the effect of wildfire smoke is still unclear but appears to be a mixed bag. Reduced solar radiation and elevated ozone are negative, but increased diffusion of solar radiation (increasing plant light use efficiency for growth) could be a positive. One recent study noted that smoke haze could benefit plant leaves by diffusing the incoming sunlight. But if workers aren’t able to safely be out in the field, harvest can be delayed, leading to wasted crops in the field and a negative economic effect.

So far, little research has been done on the risk to human health from eating produce grown in smoky or ashy conditions. Consumers are advised to wash fruits and vegetables thoroughly before eating them. Some products like romaine lettuce are seemingly more at risk of damage from ash.

Aside from lost profits during harvest and health effects to both humans and animals, wildfire is economically affecting farmers in other ways. Hundreds of California farmers have lost their wildfire insurance coverage after premiums skyrocketed, from $8,000 to $36,000 in some cases, while other farmers simply were dropped from their coverage altogether.

A bill that passed the California legislature was signed into law to expand the state-run “insurer of last resort” to provide limited coverage to farm buildings. However, it doesn’t cover damage to crops and has a cap well under the value of many farms, making it far from a permanent solution.

Wrapping It Up – Looking Ahead to the Future of California Agriculture

While wildfires have ravaged many Western states, California has perhaps been hit the hardest and perhaps has the most at stake. The Golden State produces more than 400 commodities, including 1/3 of the country’s vegetables and 2/3 of our fruits and nuts.

But now, amid wildfire and lingering drought conditions, some producers are left wondering: What should we be growing here? The answer, of course, will have large implications for both California’s agricultural economy and consumers across the country and around the world.

The threat of wildfire isn’t going away anytime soon, underscoring the importance of future research to better understand its influence on agriculture so farmers and ranchers can adapt.

Click here to subscribe to AEI’s Weekly Insights email and receive our free, in-depth articles in your inbox every Monday morning. You can also challenge your thinking with the Ag Forecast Network (AFN) tool. Start your risk-free trial here.

CRP, CRP, Where Art Thou Acres?