What’s Going On With Inflation and Food Prices? 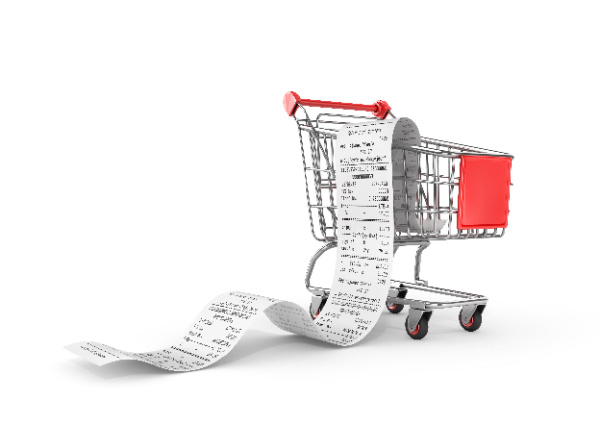 Eight Charts That Add Perspective to a Complicated Situation

When it comes to the state of the economy, recent news headlines have gotten more and more dire. America is running out of everything. CEOs say that people will just have to get used to higher food prices. The inflation pressure is now “brutal.”

So – what exactly is going on?

Obviously, there are many factors affecting the current situation. It is being described by some as a “perfect storm” facing manufacturers and the global economy. While the crunch is being felt across a broad range of industries right now, economists have attributed recent price surges to short-term challenges like the post-vaccine spending surge, supply chain problems, and production bottlenecks that should theoretically be addressed as businesses continue to ramp up their output. But there’s disagreement about when that relief may arrive.

In the meantime, many questions remain. We’ve collected eight charts that take stock of where things stand and offer some interesting perspectives on inflation and food prices today. The Consumer Price Index (CPI) measures the change in prices paid by consumers for goods and services. The CPI Summary released on October 13, 2021, showed that food and home prices in September 2021 were up 4.5% from one year ago. All six major grocery store food group indexes went up. The largest increase was the index for meats, poultry, fish, and eggs, which increased 10.5%. The U.S. Energy Information Administration (EIA) collects, analyzes, and disseminates independent and impartial energy information. Due to increased demand and lower inventories, the EIA expects that this winter’s natural gas bills for U.S. households will be 30% higher than last year.

The price of natural gas has gone up around the world. (Prices have skyrocketed by 6x in Europe.) Higher natural gas prices today could mean higher food prices later and could affect what farmers decide to plant. According to USDA, natural gas accounts for 72-85% of the cost of producing ammonia fertilizer. Speaking of fertilizer – we regularly write about fertilizer prices here at AEI.ag as this particular input accounts for a large share of variable production expenses. A recent post breaks down the latest data to provide five insights. The latest Ag Economy Barometer reflects growing concern among producers about rising input costs. In September, just over 1/3 of respondents said they expect farm input prices to rise by more than 12% in the upcoming year, which is more than 6 times the average farm input inflation rate of the last decade. The percentage of producers expecting input inflation to rise above 12% has doubled since July. Overall, the barometer recorded its weakest farmer sentiment readings since July 2020. The FAO Food Price Index (FFPI) is a measure of the monthly change in international prices of a basket of five different food commodity groups. The FFPI averaged 130.0 points in September 2021, up 1.5 points (1.2%) from August 2021 and 32.1 points (32.8%) from the same month last year. The increase was largely driven by higher prices of most cereals and vegetable oils. This represents a ten-year peak for world food prices.

An October 2021 CBS News poll of adults in the U.S. asked what respondents thought was driving inflation. The leading response was supply and manufacturing issues after the pandemic (79%), followed by U.S. government policy (66%). The USDA Economic Research Service’s (ERS) Food Expenditure Series (FES) provides a comprehensive measure of the total value of all food purchases in the United States.

Real, or inflation-adjusted, annual food spending in the United States has increased every year since 1997 except in 2008, 2009, and 2020, correlating with years of economic recession.

Many questions remain about how and when the “COVID economy” may bounce back from the current challenges. Treasury Secretary Janet Yellen recently said she anticipates that higher inflation will continue and eventually ease during 2022.

But remember: We have to be careful with statements like “most expensive Thanksgiving ever.” As one agriculture economist reminds us, you can probably find data and make a chart that shows that, but inflation is everywhere and food has become a smaller share of income.

So while recent news headlines remind us that there is much uncertainty in the world, don’t lose sight of the fact that overall, the farm economy is certainly in a better place than it was from 2016 through mid-2020. Focusing too much on any one factor or unknown variable can distort our thinking.