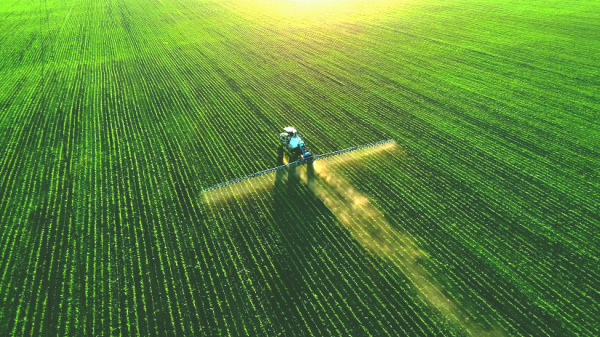 At this point, everyone knows fertilizer prices are at dizzying highs going into the 2022 growing season. Rather than summarizing the latest price data – which have moderated in January and February – this week’s post share four charts to provide context and insights into the situation.

Fertilizer prices are high, but the degree of sticker shock largely depends on timing. Figure 1 shows the estimated expense for a 180-70-70 corn fertilizer rate – using anhydrous ammonia. Prior to this year, the previous highs were around $160 per acre, observed from 2011 to 2013. After peaking, fertilizer prices slowly adjusted lower to around $99 per acre by the spring of 2020. Last year, prices lifted off post-pandemic lows.

The red box shows the estimated expense on a monthly basis headed into 2022. In September, fertilizer prices translated to $165 per acre. While already above the previous highs (2011-2013), September would also be the lowest expense in the last six months. Since December, the USDA’s Illinois data suggest the expense has leveled out around $252 per acre.

Looking at the per acre expense doesn’t provide a complete picture. For instance, yields over the last decade have trended higher. To this point, Purdue University crop budget estimates have increased corn yields by 23 bushels per acre, or 14.5%, since 2010. Figure 2 shows the estimated fertilizer expense reported on a per bushel of budgeted yield basis. From 2011 to 2013, when price last peaked, the expense was equal to $1 per bushel. From 2017 to 2020, the expense was around $0.60 per bushel, reaching a low of $0.56 per bushel.

For 2022, the current expense is expected to hit $1.40 per bushel. Many readers will remember when cash corn prices were $2 per bushel or lower. That said, this measure doesn’t consider the overall revenue or profitability situations.

For another perspective, Figure 3 shows the fertilizer expense as a share of budgeted revenue. This provides us with an idea of how burdensome fertilizer is to the overall crop budgets.

For 2022, fertilizer is expected to account for 23% of budgeted revenue, the highest observation in 13 years of data. Furthermore, fertilizer’s burden was at a low of 14% just two seasons ago.

Borrowing a chart from last week’s post, Figure 4 provides a glimpse at the overall profitability outlook for corn and soybean production in 2022. The contribution margin – or returns after variable expenses, including fertilizer – are very favorable for 2022. The measure can be hard to compare over time as fixed expenses have trended higher, but the budgeted outlook is improved from 2021 and much better than recent conditions.

Again consider 2015, a year when fertilizer expense had come down (Figure 1) but was a large share of budgeted revenue (Figure 3). Contribution margins were also very tight that year as the economic outlook wasn’t favorable. Producers that year had just $239 per acre in contribution margins budgeted for corn, compared to $437 for 2022.

How challenging one perceives the 2022 fertilizer situation to be depends on when they priced fertilizer and the measures considered. That said, fertilizer is historically expensive and burdensome by nearly every measure. The only bright spot is that the overall outlook – despite high fertilizer prices – remains optimistic thanks to higher commodity prices.

While prices are frequently reported, it’s the cost per acre that affects farm budgets. Furthermore, measures like cost per bushel and share of budgeted revenue can be helpful for benchmarking over time and considering the burden. Finally, the overall economic outlook has a significant effect on how much financial pain producers are feeling. Keep in mind that fertilizer prices and expenses have historically been high when commodity prices are also high.

It goes without saying, but all eyes will be on grain and fertilizer prices in the coming months. Don’t miss an insight; sign-up for the 14-day AEI Premium trial here.

A Look at Agricultural Water Use On…