A Look at Agricultural Water Use On World Water Day 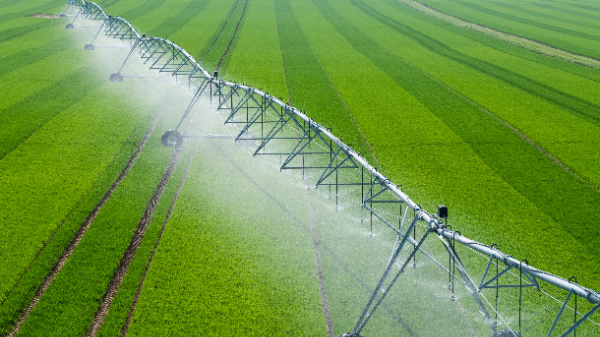 World Water Day 2022 will be recognized on March 22 and focuses on groundwater as part of an international event developed by the United Nations to promote the importance of freshwater resources.

While World Water Day raises awareness of the 2.2 billion people living without access to reliable, safe water, it is also a good time to remember agriculture’s role in the world water system.

Agriculture is a significant user of ground and surface water in the United States. According to a U.S. Geological Survey report, irrigation accounted for 42% of total freshwater withdrawals in 2015. This census data is gathered every five years and was released in 2018. Just under half of all water applied as irrigation came from groundwater sources, according to the 2018 Irrigation and Water Management Survey. Figure 1. Source and use of freshwater in the U.S. per day, published by USGS. Found here.

According to the 2017 Census of Agriculture, irrigated production accounted for more than 54% of U.S. crop sales value, while irrigated land accounted for less than 20% of harvested land. In a March 2021 AEI article, David Widmar detailed U.S. agriculture irrigation trends from 2017 compared to 2012. Irrigation is more prevalent in certain areas depending on local climate, surface and groundwater resources, and crop systems. For example, Nebraska sits atop the Ogallala aquifer and has the most acres of land under irrigation at 8.6 million.

Around 17% of total U.S. corn production comes from irrigated agriculture, as well as 12% of total soybean and wheat production, according to the National Agricultural Statistics Service. These three crops cover 52% of the total irrigated acres in the U.S.

Corn, soybeans, and wheat are heavily dependent on groundwater for their sustained output. Researchers from Dartmouth released a 2021 study modeling managed groundwater reduction in irrigation practices to preserve aquifer replenishment. At the most strict reduction levels, total production of corn, soybeans, and wheat would be reduced by 45%, 37%, and 36%, respectively. While reductions like those modeled are not currently needed, these analyses are valuable in helping water managers and producers see the effect of groundwater use on overall production.

Irrigation trends also tend to increase in periods of prosperity and high farm income as an investment in output, but again are very dependent on crops raised, and management practices vary significantly across states and regions. As producers look toward continued drought for much of the western U.S. through May 2022, coupled with below-average precipitation, it is likely that groundwater draws will increase in the short term. Nearly 55% of the contiguous U.S. has experienced drought since November 2021. Sizing-Up the 2022 Fertilizer Situation in Four…