5 Macro-Economic Factors to Watch in 2022 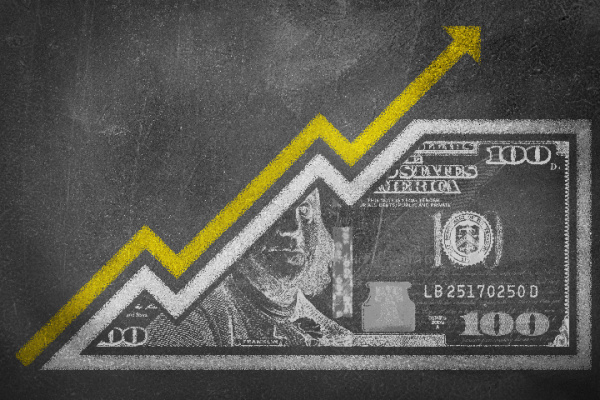 For the last two years, we’ve carved out time each spring to summarize a few key macroeconomic factors to watch. In 2020, we wondered about the massive economic contraction as the COVID virus shut down the economy. Last year, we were optimistic about the vaccine rollout and the hopes for an economic recovery. For this year’s list, the U.S. economy is facing higher prices and global conflict.

This year’s macroeconomic watchlist highlights five key issues and discusses some of the implications for agriculture.

You don’t have to search very far to see evidence of inflation. In fact, Google search-engine data reveal people are “searching” for inflation more than ever.

Last June, we wrote a short memo (What We Are Thinking About: On Inflation) about the issue, and a few points are worth sharing:

“Talk of inflation immediately summons thoughts of the 1970s and the run of high inflation experienced during that decade. At the extremes, the annual measure of inflation (PCE) reached 10.4% in 1974 and 10.7% in 1980. Unfortunately, that’s probably where memories and “lessons learned” from inflation during the 1970s end, as most would point to the two peaks in inflation as the “problem” of the 1970s.

However, the damage inflicted by inflation during this period was more than just the peaks. The lowest inflation observed during the decade was 3.4% (1972), while the average from 1970 to 1980 was 6.4%. If you were to cherry-pick the data, inflation averaged 8.0% for the ten years that spanned 1973 to 1982. These are very high levels of inflation to sustain for a decade… In our opinion, it’s the decade-worth of strong inflation that created the majority of the problems, not the two years when inflation peaked at 10%.

For 2021, we are using three questions to help filter through the noise and narrative circulated about inflation: 1. How soon? 2. How high? 3. For how long?”

Shortly after writing that memo, data for summer 2021 revealed inflation had clearly arrived. However, the other two questions are still unanswered and are very relevant to 2022. While the Fed, citing confusion, has stepped away from using the word “transient,” the issue of how short or long term inflation will be remains.

Perhaps the biggest implication for agriculture is how aggressively the Fed needs to respond. If short-term issues – such as supply chain woes – clear up and reduce inflationary pressures, the Fed can be less aggressive with interest rate hikes. Alternatively, if inflation continues higher or remains stubbornly above 5%, the pressure on the Fed to act aggressively will increase.

From gasoline to crude oil and natural gas, energy prices were already trending higher before Russia’s invasion of Ukraine sent prices soaring. On March 14, the average price of gasoline in the U.S. was a record $4.32 per gallon (Figure 2). Furthermore, gasoline prices jumped $0.71 per gallon in two weeks (February 28 – March 14) and have increased $1.03 per gallon (or 32%) since the start of the year.

Where will energy prices go in 2022? Before making a crystal ball prediction, keep in mind crude oil was traded at negative prices two years ago. A wide range of possible future outcomes exists.

The first consideration was resolved in March when the Fed raised the target rate and signaled additional rate hikes were likely for 2022.

It’s easy to hyperfocus on the Fed’s next decision regarding short-term rates. For agriculture, the broader debt market and long-term rate are arguably more important. While the Fed just recently raised short-term rates, longer-term rates have been trending higher for a while (Figure 3). For example, 10-year Treasuries hit a rate of nearly 2.5%, up August 2020 low of 0.52%. In many cases, farm loans are more sensitive to the longer-term debt market than the Fed adjustment to short-term rates.

In 2013, the farm bill expired under Congress’ deadlock as members failed to pass a new bill. Eventually, a one-year extension of the 2008 Farm Bill gave lawmakers another year to work on what would become the 2014 Farm Bill. What happened? This was a period when policymakers were focused on tackling the deficit, limiting spending, and sequestration following the 2008 Financial Crisis.

The deficit spending in 2020 was equal to 15% of gross domestic product (GDP), falling between the Great Recession and WWII extremes (Figure 4). In 2021, the deficit slightly improved to 12%. It’s also worth noting the deficit began trending unfavorably back in 2016.

It’s not clear how policymakers will approach the situation in the coming months or years, but the challenges faced while trying to pass the Farm Bill nearly a decade ago could resurface at some point.

This last category is admittedly a bit of a catch-all, but several global uncertainties will likely weigh on the U.S. macroeconomy. From ships queued at ports and more COVID shutdowns in China to sanctions and global trade, it’s hard to understate the degree of uncertainty. Furthermore, the magnitude of potential outcomes associated with these uncertainties is also significant.

Specific to agriculture, the key areas to watch will be corn and wheat exports and fertilizer prices, and trade.

It seems like every conversation in 2022 makes its way back to the macroeconomy. What makes these macroeconomic factors so challenging is the outcomes are very significant and have a way of distorting what we previously thought was a reasonable range of possible outcomes. Second, even when we know there will be effects, it will take significant time to begin to actually see or quantify the effects in the data.

For example, consider the wheat situation. The range of possible prices of wheat for 2022 and 2023 has greatly expanded since Russia invaded Ukraine. Furthermore, it will be several months before the effect on Ukrainian production, Ukrainian exports, Russian trade, and U.S. exports will be known.

The Cure for Higher Prices? The Global…