The Cure for Higher Prices? The Global Acreage Expansion Continues 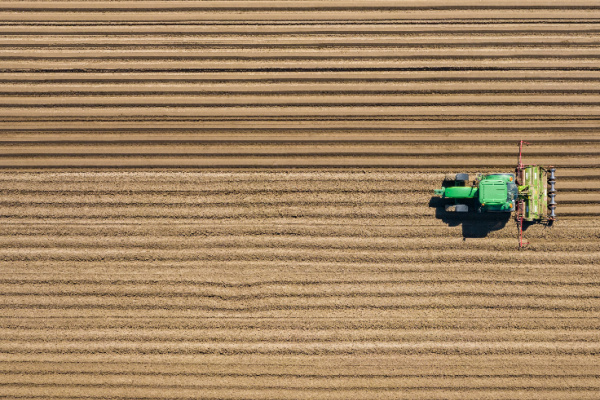 We’ve all heard that “the cure for high prices is high prices.” The basic idea is that high prices and strong profitability will encourage producers to increase output. For crop production, there are two ways we can increase crop output: increase yields or harvest more acres. This week’s post is a look at the latter and the global acreage response.

Global acreage trends are easy to overlook as the annual changes are often small and prone to year-over-year noise due to droughts, floods, etc. Furthermore, you typically need decades’ worth of data to observe a trend. All that said, we annually track and update the data on global harvest acreage for the thirteen primary global crops, which include barley, corn, cotton, millet, oats, peanuts, rapeseed, soybeans, sunflowers, milled rice, rye, sorghum, and wheat.

In 2020, we first observed an uptick in global acreage. After trending sideways since 2014 – as commodity price and profitability turned sluggish – acres increased in 2020. In 2021, another uptick was observed, and a record 2.43 billion acres were harvested. From 2019 to 2021, the total acreage increased by 73 million acres, or 3.7%. Another way of framing this upturn is that the U.S. harvested 85 million acres of corn and 86.3 million soybeans in 2021. In other words, the world almost added a “U.S.’ worth” of corn or soybean acreage in just two years.

Historically, two previous acreage expansions have occurred. During the 1970s, acreage expanded until the early 1980s. In the U.S., that expansion was book-ended by the Great Grain Robbery and the Farm Financial Crisis. More recently, global acreage expanded from the mid-2000s through 2014 as production adjusted to the demand shocks of ethanol and China’s soybean purchases.

While Figure 1 shows the overall trend across all regions and crops, there are countless ways of slicing the data. For instance, South America – and specifically Brazil – has accounted for a majority of the expansion.

We can also consider which crops have contributed to the expansion. From 2016 to 2021, soybean production expanded by 25 million acres, which accounted for 40% of the total acreage increase. For context, corn acreage expanded by only 15 million acres.

The story, however, is more complicated than just corn versus soybeans. Figure 2 shows the acreage changes across the thirteen primary crops, except for peanuts, rapeseed, soybeans, and sunflowers, which have been consolidated as “oilseeds.” This clearly shows how the recent acreage expansion has been largely driven by increased oilseed production.

The adage about farmland being a “good investment because they aren’t making any more of it” fails to acknowledge the trends in harvested acreage. When profits are strong, producers around the world find ways to bring new acreage online. Since 2020, global acreage has been expanding, especially for oilseeds.

Still curious? You can read our earlier AEI Premium articles on this topic – here and here, which dive even deeper into past acreage expansions, and breaks down recent changes by region, country, and crop. Even more recent and closer to home, the USDA’s March Prospective Plantings report provides evidence that U.S. acreage also could be expanding.

5 Macro-Economic Factors to Watch in 2022

Three Insights from the 2022 Corn Yield…