China and Corn Acres: An Overlooked Trend Behind the Surge in Corn Imports? 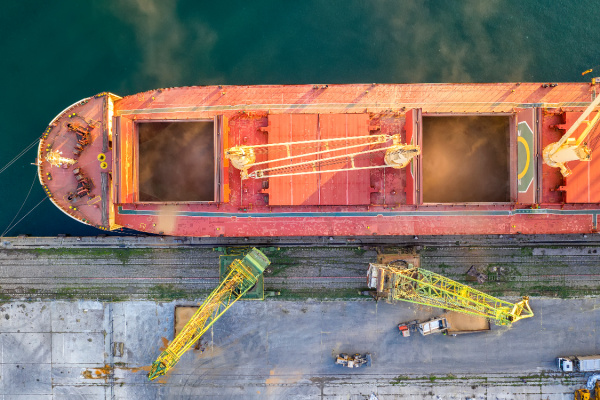 Ever since China started making large purchases of corn in late 2020, variations of the question “What’s going on?” have been circulating. Last summer, we wrote a two-part AEI Premium “What We Are Thinking About” memo (here and here) to frame up the situations. This week, we are highlighting one trend we believe has been largely overlooked: corn acres in China.

A fun and popular post for us to update has been “China’s Impact on Global Agriculture in 12 Graphs.” A key feature to watch in these charts is when China’s domestic consumption (gray bar) outpaces domestic production (yellow bars). When this occurs, especially for several years, China starts to rely on imports and, in turn, becomes a larger share of global trade.

Figure 1 shows that since 2015, China’s domestic corn production has lagged behind consumption. While a record 272 million metric tons of corn were produced in 2021, the trend has been mostly sideways from the 265 million metric tons crop raised six years prior.

What makes China’s recent flat corn production distinct is that 1) China’s corn production has overall been on an upward trend since 1970, and 2) domestic consumption has continued higher. China imported 29 million metric tons of corn in 2020 and 23 million metric tons in 2021. As a share of the global corn trade, China accounted for 16% (2020) and 13% (2021), the most significant purchases observed.

Corn production is a function of acreage and yield. Figure 2 shows harvested acres of corn in China since 1960. Overall, the trend has been upward, but the largest gains occurred between 2004 to 2015. More specifically, corn acreage during this time frame increased from 63 million to a peak of 111 million. During those twelve years, acreage increased at an average annualized rate of 4.9%. In total, acreage increased by 48 million, or 77%.

Of course, harvested acres could be lower due to less corn planting but also weather issues that left the crop unharvested. There are many reasons why harvest acreage could be lower in recent years, but don’t let that overshadow the big point: China hasn’t increased corn acreage in seven years.

It’s unclear what China’s import appetite for corn will be like in a year or two. However, we believe the acreage trend has been largely overlooked, yet years in the making. Looking ahead, will acreage resume an upward trend, or will acreage and production gains be slow relative to consumption, resulting in reliance on corn imports into the future? To this point: China has a fixed supply of farmland as total crop acreage hasn’t increased in three decades.

Looking for more? AEI Premium provides even more insights and content. It is also where you can challenge your thinking with the Ag Forecast Network (AFN) tool. Start your risk-free trial!

Three Insights from the 2022 Soybean Yield…

Thinking Through the Short-Term Narratives