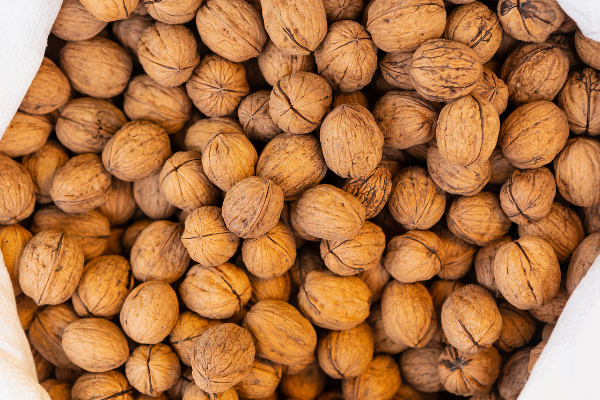 May 17 is National Walnut Day. With this in mind, we’ve sifted through the data to share five walnut facts.

The stats below paint a picture of an industry that has experienced tremendous growth during recent years – all while facing new competition for the critical export markets supporting that demand.

2. Where Art Thou Higher Prices?

Walnut production is different from typical Midwest crops in that it is 1) a perennial crop, 2) takes several years to reach reproductive maturity, and 3) requires significant upfront investments. For walnuts, UC Davis crop budgets assume a new orchard will require more than $12,000 per acre of cash flow contributions in the first five years. In other words, the enterprise doesn’t start to become cash-flow positive until year six. Of course, the trees’ long economic life (estimated at 25 years) helps offset those upfront obligations. This sets the stage for big profits being required to incentivize producers to establish new acres. However, oversupply could be a persistent problem if the expansion results in an oversupply.

Since 2000, exports have been the biggest increase in usage, expanding at an average annualized rate of 6.8% over the past 22 years (Figure 3). The Rule of 72 reminds us that this rate results in a doubling every 10.5 years. Walnut exports have doubled twice since 2000.

On the other end of the spectrum, domestic consumption has increased by just 1.7% annually, doubling every four decades.

For more on walnuts and global trade, click here to read about China’s boom and recent slump in walnut consumption and imports.

For a crop that has a 25-year life, the walnut industry has had a lot of change over the last two decades. The growth in exports has been significant and shifted the composition of the market. Second, walnut prices have been full circle and, after peaking at three-times 2020 prices, aren’t much different than at the beginning of the 2000s. Finally, walnut acreage expanded by 50% along the way, although the increases occurred between 2007 and 2017 when prices were high.

Bonus: The USDA’s stats are for English walnuts. English walnuts are grown in the orchards, while the other variety, Black walnuts, are primarily wild and are native to North America. More Black Walnut facts can be found here.

Thinking Through the Short-Term Narratives