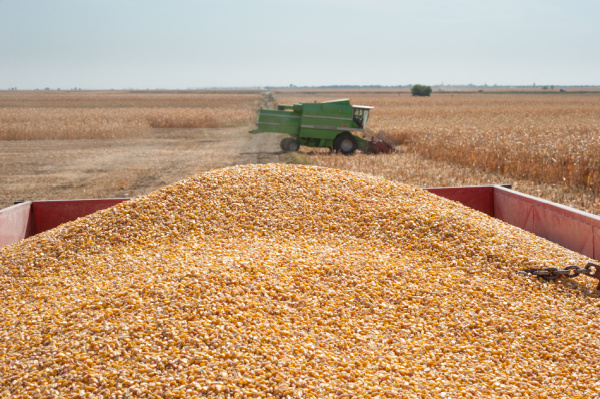 I recently saw a headline that didn’t quite fit with my expectations. In short, the headline was along the lines of “U.S. corn usage remains strong, only 2% below all-time records.” This prompted me to dig into the usage trends for corn, soybeans, and wheat. For this week’s post, I’ll share some observations about corn usage and how the argument could be made that corn usage has already been aggressively ratcheted lower.

Considering how high commodity prices are – and have been for the past 12+ months – data presented in this way makes the situation seem impressive.

Each year, we discuss how the upward trend in yields over time can make it difficult to meaningfully compare data over time. For the same reasons, usage data have the same problem. With bigger crops harvested each year, we’d anticipate more bushels to be used. With that, the implication of 14 or 15 billion bushels of usage would largely depend on the year that it occurs.

Just as a trendline and departures from the trendline can help us compare yields over time, the same is true with usage. And this is where the corn story gets complicated.

Figure 2 shows corn usage going back to 2000. Included is the trendline, which accounts for an impressive 87% of the variability in the data over time. Furthermore, the trendline tells us that corn usage increases by an average of 250 million bushels per year.

Keep in mind that U.S. corn usage has been largely unchanged in recent years. Just a few years ago, usage of 14.8 billion bushels was half a billion bushels above the trendline (2017/18), but today it’s not nearly as impressive.

We leave it to the readers to decide if corn usage is strong or weak, especially given current commodity prices. Our goal is to simply share some additional perspectives.