China on Pace for Another Year of Record Ag Purchases, Including Beef 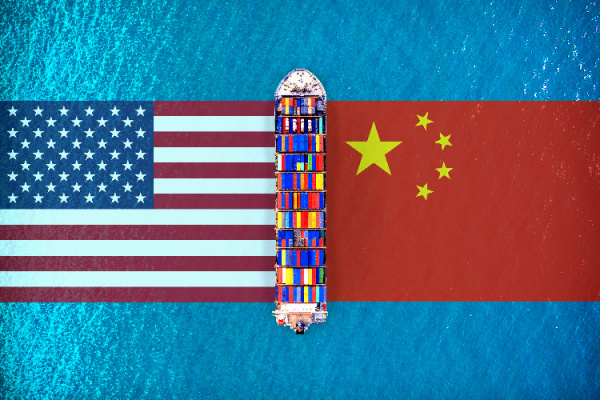 Without the Trade War or “Phase One” Trade Agreement dominating the attention economy’s bandwidth, it’s easy to overlook China’s purchase activity. It surprised us how little fanfare China’s nearly $36 billion in ag purchases in 2021 received, which was roughly $7 billion, or 25%, above the previous record hit in 2013.

We are months away from China setting a new calendar-year record for ag purchases as only five months of data are reported, and activity is heavily weighted to the fourth quarter of the calendar year, especially with soybeans. That said, the first five months have been very strong.

We previously noted that China’s 2021 record was primarily driven by a surge in corn and beef purchases. With 2022’s even faster pace, we wondered about the trends in soybean, corn, and beef purchases. Interestingly, there was a different story for each.

One of the challenges of digging into commodity-specific trade data is that it’s also important to consider if annual changes are driven by changes in quantity or price. The only way we can report aggregate trade across dozens of commodities is by the dollars of activity (Figure 1), but at the commodity level, it’s often helpful to consider the quantity of trade occurring.

Figure 2 shows China’s monthly cumulative purchases of beef. First, China’s purchases of U.S. beef were essentially non-existent prior to 2020. Many will remember China repealing the 12-year ban on U.S. beef back in 2016. China began to purchase meaningful quantities of U.S. beef in 2020 and the pace has been accelerating ever since.

When measured in dollars, the upturn in commodity prices has significantly contributed to China’s record purchases of U.S. ag products over the last 18 months. That said, there have been significant developments at the commodity level. This is to say that some of the increase is due to China buying more U.S. ag products, such as beef.

Any time China’s purchase activity shifts – higher or lower – the speculation and attempts to explain “why” kick into high gear. Below is a (lightly edited) excerpt from a two-part article (here and here) we published last year that remains relevant today:

“There are a few things we know with certainty. First, the reality is more complicated than can be explained in a headline or Tweet (or even the dreaded Tweet thread).

It’s possible that many – perhaps most – […] explanations contain elements of truth. Often the reality is more complicated and nuanced than most of us care to dive into. That said, oversimplifications of reality can be very dangerous to our thinking and […] are equivalent to throwing a bunch of darts at the board and seeing what sticks. One of them will likely be considered a “good shot” twelve months from now, but luck and skill are different.

Second, in addition to everything already mentioned, the situation is also complicated and muddied by a Chinese government and economy that:

The situation is perhaps best summarized by the fundamental question: Are China’s large corn purchases more of a demand or supply story? If it’s largely a domestic supply story, expect China’s recent purchases to be short-lived and a blip on the radar screen. However, if it’s a domestic demand story, expect strong purchases into the future.

In the long run, China’s income growth will likely continue to drive demand for agricultural imports. China faces a reality of a farmland base that hasn’t expanded in 30 years and consumption that continues to outpace those acres. In other words, yield gains haven’t been sufficient to keep up with significant growth in food demand. All signs point to China buying more imports in the future, but it’s never easy to predict which crops, or quantities, China will import in the future.”

Still curious? You can read more about China’s 2022 Purchase Activity – including the $40 billion pace, as well as how trends in corn and soybeans- in this longer, AEI Premium article.