The Charts of Summer 2022, Part One: Farmland, Inflation & the Macroeconomy 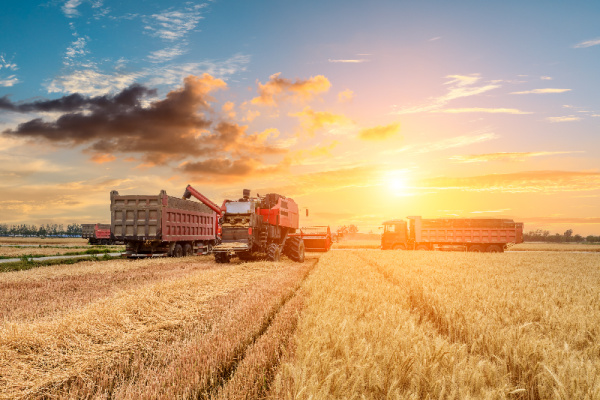 September might not be the official start of fall, but there’s no denying that summer is definitely winding down. And what a busy season it has been! Between the heat, growing seasons, and travel, it’s easy to have missed a week or two of AEI’s Weekly Insights posts over the last couple months. With all that in mind, this week and next we will recap the top charts from summer 2022. In case you missed it (ICYMI)…

“Since 2010, cropland values have increased the most in North Dakota (+180%). As a reminder, a 100% change would mean values doubled. These data reveal that, since 2010, values have doubled in seven states. These data are also an important reminder of how regional effects – including the commodities grown – are critical. In other words, national trends don’t always apply uniformly across all states or regions.”

In the late 1970s, however, Indiana farmland values posted even larger increases. Unfortunately, these surveys started in the mid-1970s – so we can’t see what values did after the Russian Grain Robbery and the first oil shock of that decade – but we can see that 1976 (+32.1%) and 1977 (+41.6%) posted incredible annual changes.”

“There are two key long-run trends to keep in mind. First, it’s been several years since the farm economy has experience delinquency rates above the long-run average. While conditions from 2014-2019 were challenging for many producers, these data show farm loan performance was stronger – despite the challenges – than conditions during the Great Recession and throughout most of the 1990s. Second, the delinquency rate often adjusts slowly from year to year, but large changes in short periods of time are possible.”

“…[T]he most recent quarterly data for 10-year treasuries show rates are approaching the pre-pandemic highs. When this last occurred, the interest rates on farm real estate loans hit 6.2%. Alternately, if you consider the historical spread, it suggests farm real estate loans around 6.1% in 2022 Q2. Either way, both methods are considerably higher than the career-low levels of 4.6% observed throughout most of 2021.”

The Fed’s Other Inflation Fighting Tool

“While much attention has focused on the Fed’s rate hikes – which have been significant and noteworthy – the Fed has also deployed its second tool – reducing the balance sheet – with much less attention or fanfare. It’s hard to call the balance sheet reduction efforts a “secret weapon” as the Fed has been fairly transparent, but these efforts have been largely overlooked.

Keep in mind the debt markets are now navigating both of these tools. These will both work to raise interest rates and cool the economy.

Looking ahead, we’ll be watching how the Fed might adjust the balance sheet reduction program. First, it seems unlikely that this program will work at a 1.1 trillion per year rate for the next 4–7 years without any adjustments. If inflation persists, will the Fed increase the rate of shrinking? Alternatively, if the U.S. economy risks a recession in 2022 or 2023, how will the Fed adjust the balance sheet reduction?”

Read more from AEI Premium: The Fed’s Other Tool: Shrinking the Balance Sheet

“The combination of inflationary price pressure and an improved farm economy resulted in significantly higher family living expenses for farms. After nearly a decade of little to no change in the category, many will likely need to revisit and update their projections for 2022 and beyond.

For any individual, changes in family living expenses can occur due to alterations in prices, changes in demographics, or shifts in farm income. When the farm economy is lean, it is common to see long periods with small changes or even small adjustments.”

“In light of rising interest rates, many are worried about the extreme – such as conditions in the early 1980s. It’s also worth considering, however, how conditions are starkly different from even the 2000 to 2010 timeframe. While the Index is currently around $300, from 2000 to 2010, the average Index value was $575, and the peak was nearly $830 in 2006. Those conditions are a significant – and less favorable – departure from the current status quo.

While interest rates capture the lion’s share of attention, this article found the biggest source of improvement in the Index has come from longer repayment periods.”

“We’ve recently heard commentary using a similar process of converting the high commodity prices of 2012 for inflation to conclude, ‘Corn prices will have to be $8.13 today to ration demand.’ In other words, using inflation to justify why current prices are likely to go even higher. There is nothing wrong with the math involved, but caution should be exercised with the implications… In my mind, the most significant implication is that decision-makers don’t simply assume that previous price highs will again usher in the same ‘good times’ years later. This will become a bigger issue with higher rates of inflation and as more years pass.

… [A]djusting for inflation allows us to make meaningful comparisons of prices over time, not make predictions about future prices.”

Tune in next week for six more charts!

A Lot of Yield Uncertainty Remains