Comparing and Contrasting 2022’s Interest Rate Changes with the 1980s 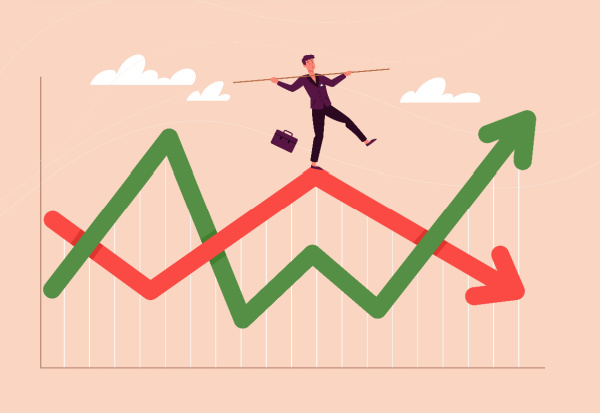 At its September 2022 meeting, the Federal Reserve announced another 75 basis point raise of the Federal Fund Rate. This would mark the Fed moving short-term rates by 300 basis points this year, the largest 12-month increase observed since 2000. With this in mind, this week’s post considers the magnitude of historical interest rate adjustments.

Figure 1 shows the change in the effective rate for the Fed Funds rate over a 12-month period. Previously, the pace of change peaked around 200 basis points in 2000 and the mid-2000s. It’s also worth noting the Fed has been much more aggressive in raising rates than it was between 2016 and 2019. The last time the Fed raised rates, the pace peaked at 100 basis points within 12 months.

While attention is focused on rate hikes, Figure 1 also shows how rapidly the Fed has dropped rates in the past. Twice in the 2000s, the Fed dropped short-term rates by at least 400 basis points within a year. Of course, the 2022 drop was limited as the Fed didn’t take interest rates into negative territory. In other words, rates didn’t fall because they were already low, and instead of going into negative territory, the Fed used other tools, namely expanding the balance sheet.

Often, one’s perception of how significant or unprecedented an event seems is affected by how much history is considered. Figure 2 shows the same calculations and data but now goes back to 1955.

The first thing to consider is just how small interest rate changes have been since 2010. In addition to being in a period of extremely low interest rates, the 2010-2021 period was also relatively stable.

Second, the 300 basis point increase in the Fed Funds rates, thus far, isn’t nearly as large as the change observed throughout the 1970s and 1980s. Consider what we wrote in a January 2022 AEI Premium article:

Considering the data since 1955, there are nearly 800 monthly observations. Of those individual observations, the effective rate increased by more than 150 basis points for the previous 12 months, roughly 18% of the time. Since 1990 (Figure 1), that outcome only occurred 9% of the time.”

The same idea and concept can be applied to longer-term rates, such as the 10-Year Treasuries. In many cases, these rates are more applicable given the long-term nature of real estate loans. Figure 3 shows the 12-month changes in 10-Year Treasuries going back to 1962.

Again, the change observed over the last decade is much smaller than in earlier periods, especially the late 1970s and early 1980s. That said, these longer-term interest rates had less variability than the Fed Funds rates. For example, the largest 12-month increase was nearly 400 basis points observed in 1980 and 1981.

It’s been decades since we’ve observed interest rate increases at the rate set over the past year. In addition to the uncertainty of where things might go from here, the situation has also generated a lot of chaos as observers try to put the situation into perspective.

While many have noted the low interest rate environment that we’ve experienced for the last decade, how little interest rate volatility there has been is often overlooked. Looking ahead, many of us will need to adjust to higher rates but also the prospect of more rate variability and changes from year to year.