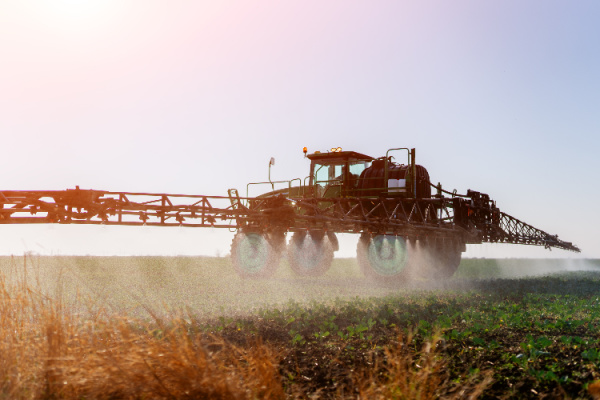 After trending relentlessly higher since the fall of 2020, fertilizer prices in recent weeks have shown some moderation. This week’s post digs into the latest data and potential implications for 2023 crop budgets.

Figure 1 shows select fertilizer prices going back to the fall of 2008. Earlier this year, nitrogen prices – specifically anhydrous ammonia – shot past the 2008 highs of nearly $1,200 per ton to more than $1,600 in May and June this year. DAP and potash prices were also extremely high this spring, but both remained below prior highs. In 2008, DAP prices hit $1,200 per ton but recently peaked at around $1,000 per ton. Similarly, potash prices previously exceeded $900 per ton but haven’t crossed those levels in recent months.

Taken altogether, all fertilizer prices are considerably higher than in recent years – in many cases double recent prices – but it’s nitrogen prices that have set new, 14-year highs.

Since this spring, nitrogen prices have fallen. Anhydrous ammonia prices are nearly 24% lower, while urea (-14%) and liquid 28% (-6%) have adjusted less. Outside of nitrogen, phosphorous and potassium prices remain very near spring highs.

The current situation can be described in a couple of different ways. On the optimistic side, fertilizer expense is currently $40 per acre less than in the spring, the largest decline observed since 2010. On the half-empty side, despite the big adjustment lower, the expense remains historically high.

After months of fertilizer prices relentlessly trending higher, nitrogen prices have shown some relief in recent months. While nitrogen prices have dipped lower, they remain historically high. Even after dropping nearly 25% since the spring, anhydrous ammonia prices remain more than double the $400-$600 range common from 2016 through 2020. At this point, phosphorus and potassium prices remain high.

The current price situation – and the magnitude of any reprieve a producer may feel – will ultimately depend on the points in time one compares. For instance, anhydrous ammonia prices last fall were around $750 per ton, which is still considerably higher than current prices. In some cases, producers may have budgeted higher for fertilizer if they were able to price their 2022 fertilizer needs in the fall of 2021.

Still curious? Check out the following AEI Premium articles, which dive even deeper into the fertilizer situation:

For more insights into the 2022 fertilizer situation, but also a historic look at one of the first fertilizer boom/bust cycles, check out episode 3 of the Ag Interrupted podcast, Guano Gold Rush and the Future of Fertilizer.

Nothing Borrowed, Nothing Gained