How Much? A Look at Farm Sector Debt 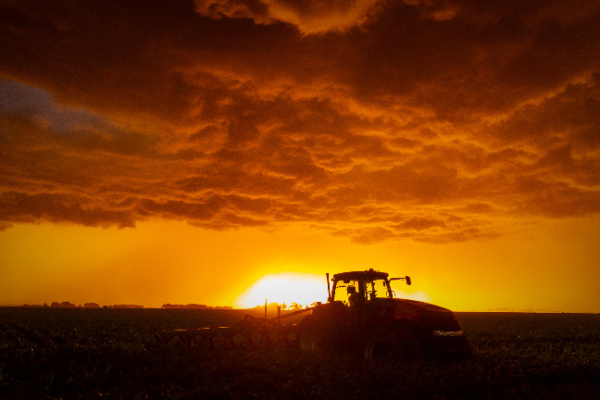 Farm debt may be the most monitored and tracked metric of farm financial health. As a canary in the coal mine, debt is often a proxy for concerns at the sector and individual levels. As part of season three of the AEI.ag Presents podcast – Nothing Borrowed, Nothing Gained – we will be taking several deep dives into U.S. farm debt.

This week’s post considers how much farm debt is out there.

The USDA has estimated total U.S. farm debt will hit $496b in 2022. Figure 1 shows real, or inflation-adjusted, farm sector debt since 1960. By converting to 2022 dollars, it allows observers to make meaningful comparisons across time. For instance, we know that current debt levels have recently surpassed the 1981 and 1982 highs of $482b. After a decade of contraction, farm debt slowly increased throughout the 1990s and 2000s. While trending higher all along the way, it wasn’t until 2020 that real farm debt surpassed levels observed at the outset of the farm financial crisis.

It’s unclear what exactly has driven this two-decade shift toward more real estate. Some of it could be due to commercial banks having better access to long-term debt through Farmer Mac, or perhaps a general shift in producer’s preference toward a longer-termed debt structure. Lastly, a potential increase in non-traditional lending – especially from ag retailers – could also be a factor. (Both of these issues are discussed in upcoming episodes of AEI Presents.) Remember that these data are a balance sheet measure, and the snapshot reflects conditions on December 31. This is to say these data report how much debt is on the books at year-end, not how much debt is utilized by operations throughout the year.

As mentioned before, inflation-adjusting the data is helpful for sizing-up trends over several decades, but in the short run can be difficult to tell if changes are due to inflation or underlying fundamentals. For example, is total debt decreasing in 2022?

Nominal farm sector data are shown in Figure 3. While not useful for comparing current conditions to those in the 1980s, these data do reveal that gross dollars of debt aren’t expected to contract from 2021 to 2022. Instead, producers are expected to add debt at a rate slower than inflation. Since 2010, nominal dollars for debt in the farm sector have increased at an average annualized rate of 4.5%.

Figure 3 also provides a perspective on how much producers cut farm debt during the 1980s. First, keep in mind that inflation was running rampant during the early 1980s and exceeded 10%. Second, from 1972 to 1981, producers added an average of 12% additional debt each year (nominal terms). This is a large rate, especially to have been sustained over 10 years. After 1981, new debt was slowly added – despite farm interest rates exceeding 18% in 1981 – before reaching a higher of $189b in 1983. By 1989, farm debt contracted by 31% to a low of $131b. The combination of high interest rates, lenders’ concerns and hesitation toward farm loans, and low profits resulted in big adjustments in a short period of time.

There is rarely a single chart that can adequately summarize a situation. For farm debt, it took us four charts to highlight about as many lessons. First, total farm debt only recently exceeded inflation-adjusted levels in the early 1980s. However, the composition of debt today has shifted to more real estate debt.

Second, periods of higher inflation – such as the early 1980s and 2022 – make it difficult to unpack if producers reduce dollars of debt. In nominal terms, total farm debt has continued higher, albeit slowly, and non real estate debt has been mostly unchanged in recent years.

Finally, the increase in debt throughout the 1970s is nothing like what we’ve observed in recent years. In that same thought, debt was likewise quickly reduced during the Farm Financial Crisis.

For more on this topic, listen to the first four episodes of Nothing Borrowed, Nothing Gained here.